The longcase clock made In 1760 by a Robert Howard with a brass dial come in for restoration recently, the longcase clock was in a tired condition . The case had extra moulding added to the base and the wrong style of plinth. The long case it’s self was dirty and with some damage to the veneers, the London style of mouldings around the trunk door was damaged and some missing from the case . The case had some mouldings loose due to the glue drying out.

The hood was missing the door , thus would needed to be made and the top pagoda section was to be removed to reduce the height and make it more suitable for a modern house. 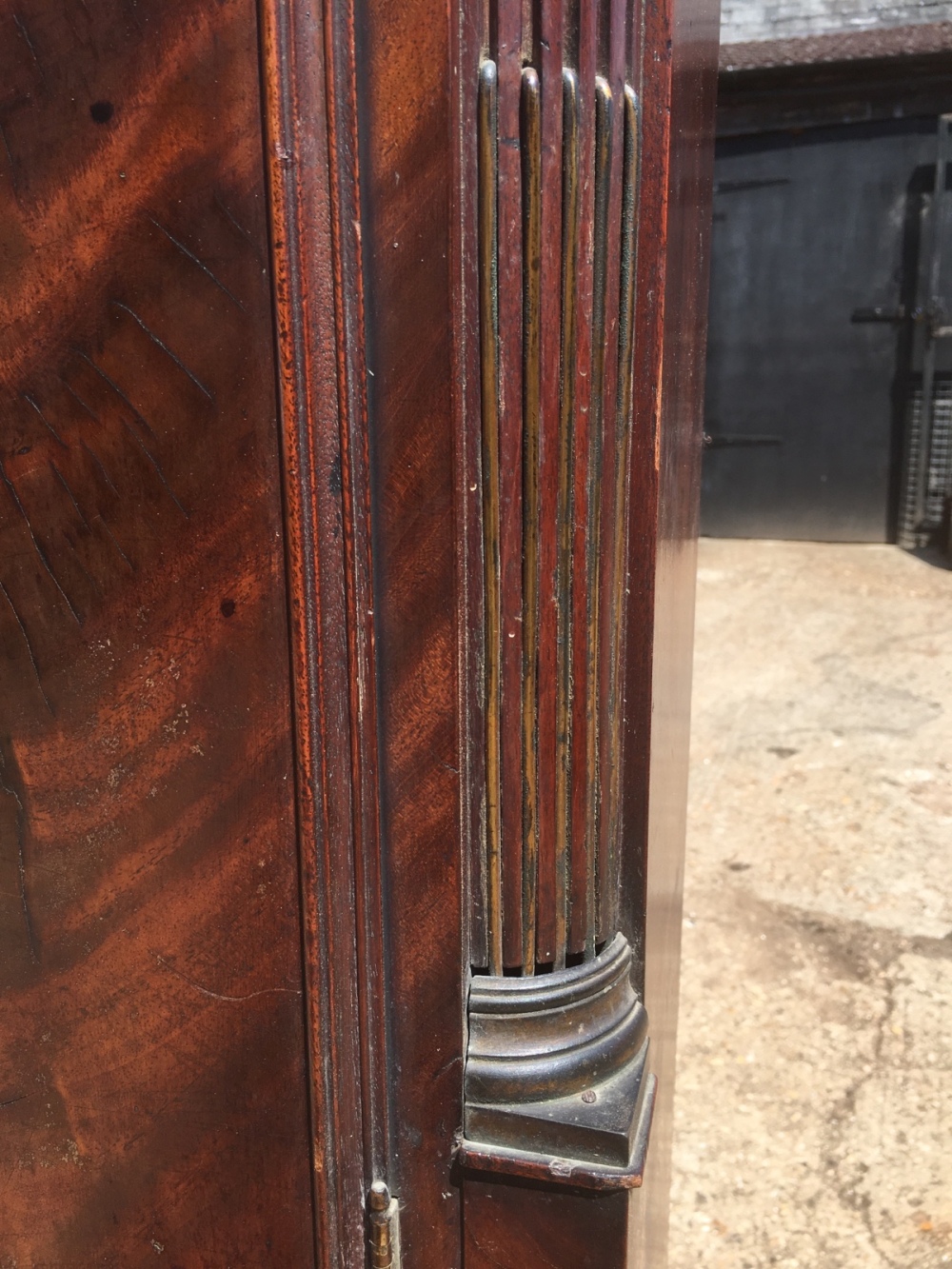 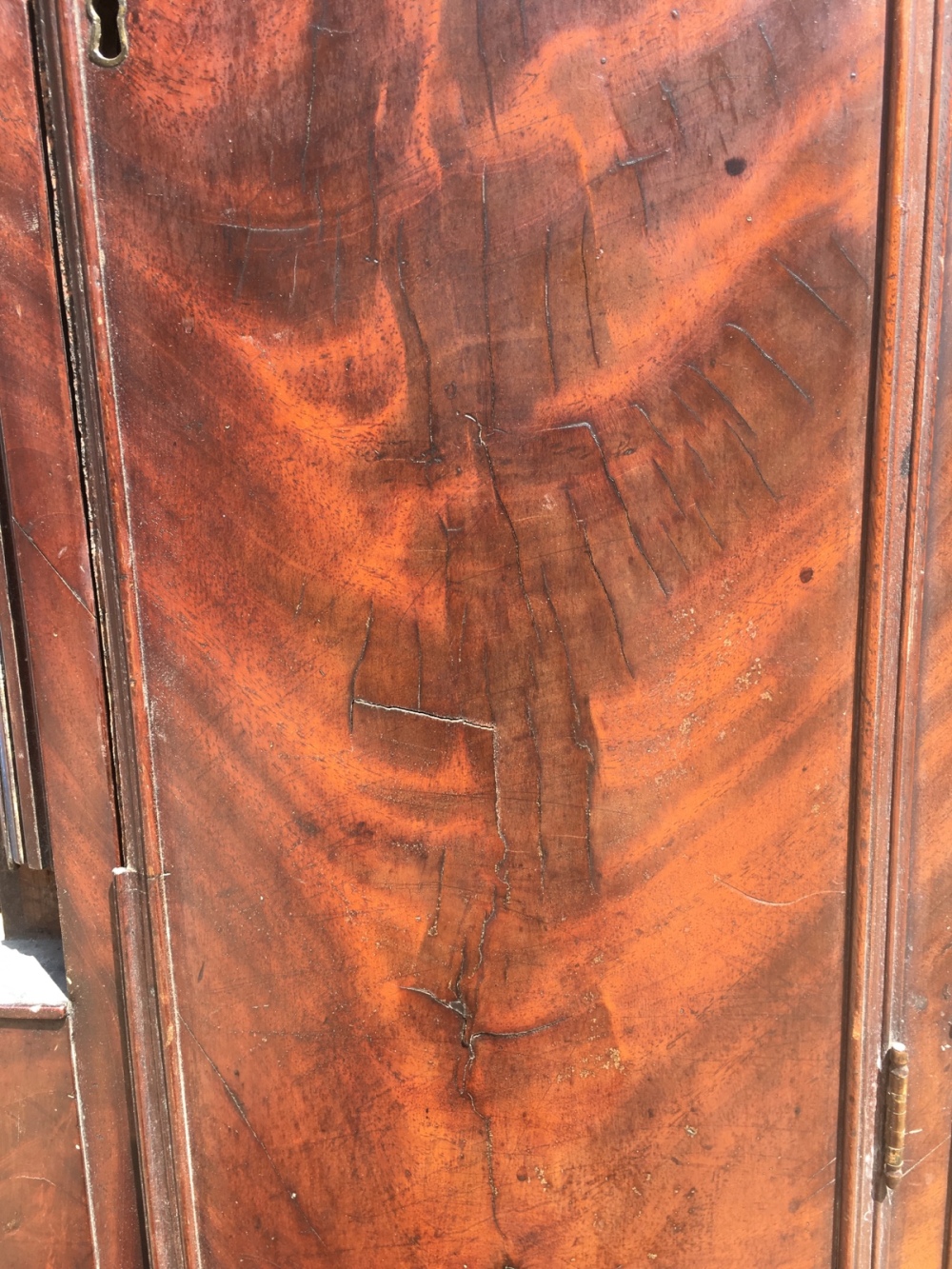 I started with the base first removing the extra mahogany panels from around the base and the plinth was remove . The double mahogany plinth was made and fitted to the case, along with repairing damage to the sides , caused from shrinkage.new mouldings were made to replace the badly damaged and missing ones. The trunk door had the veneers glued backed down were they wee blistered and mouldings repaired 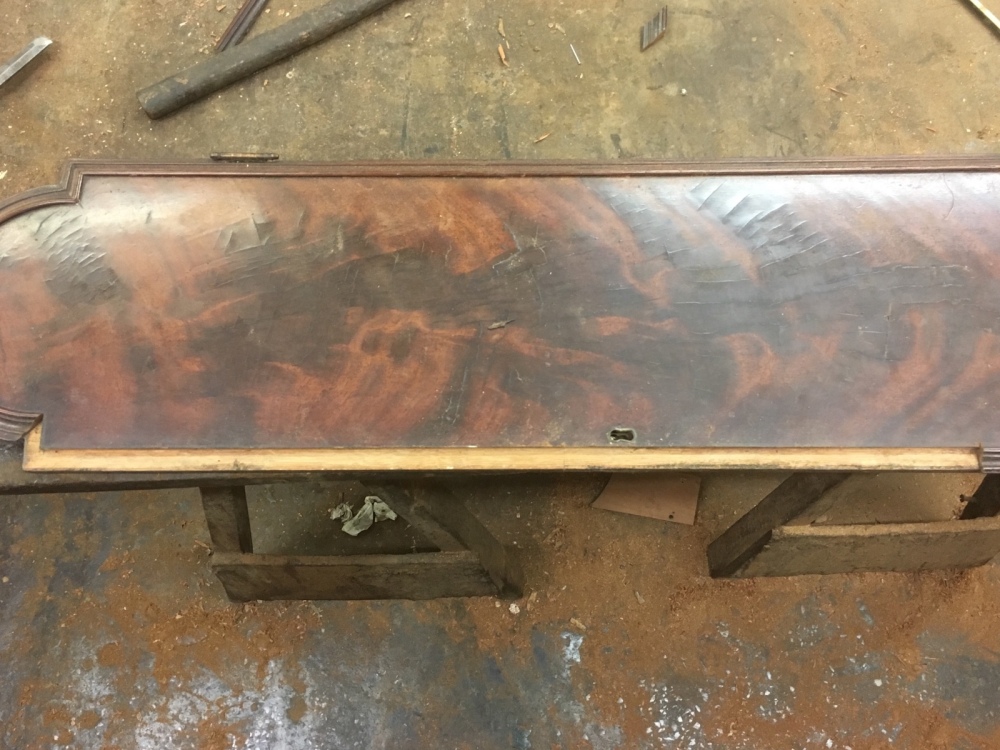 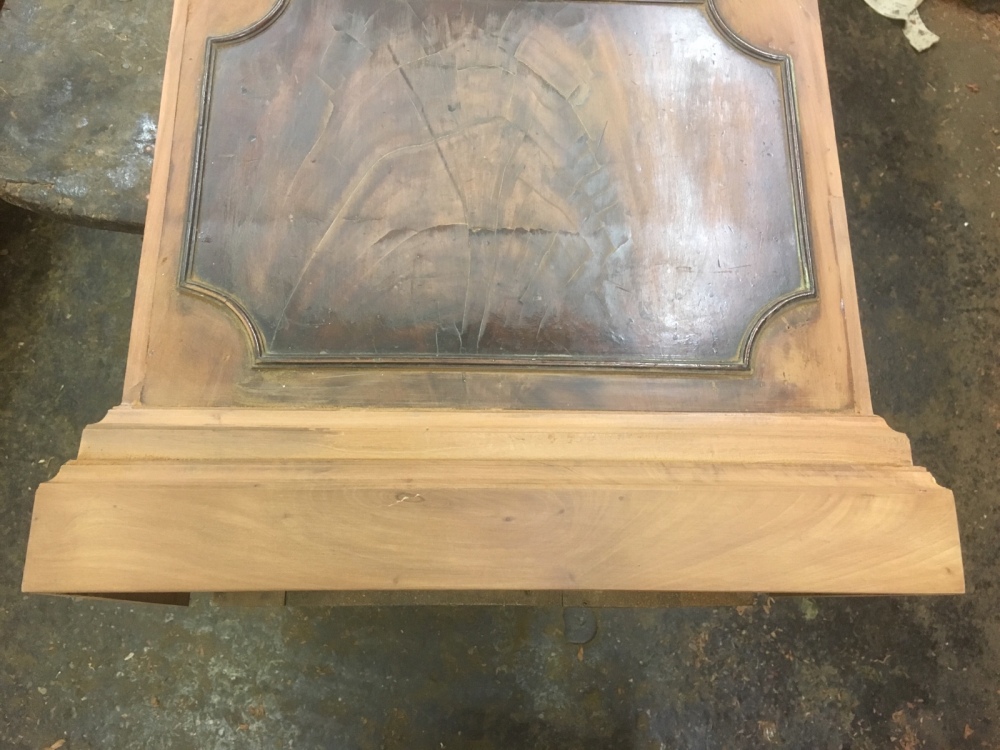 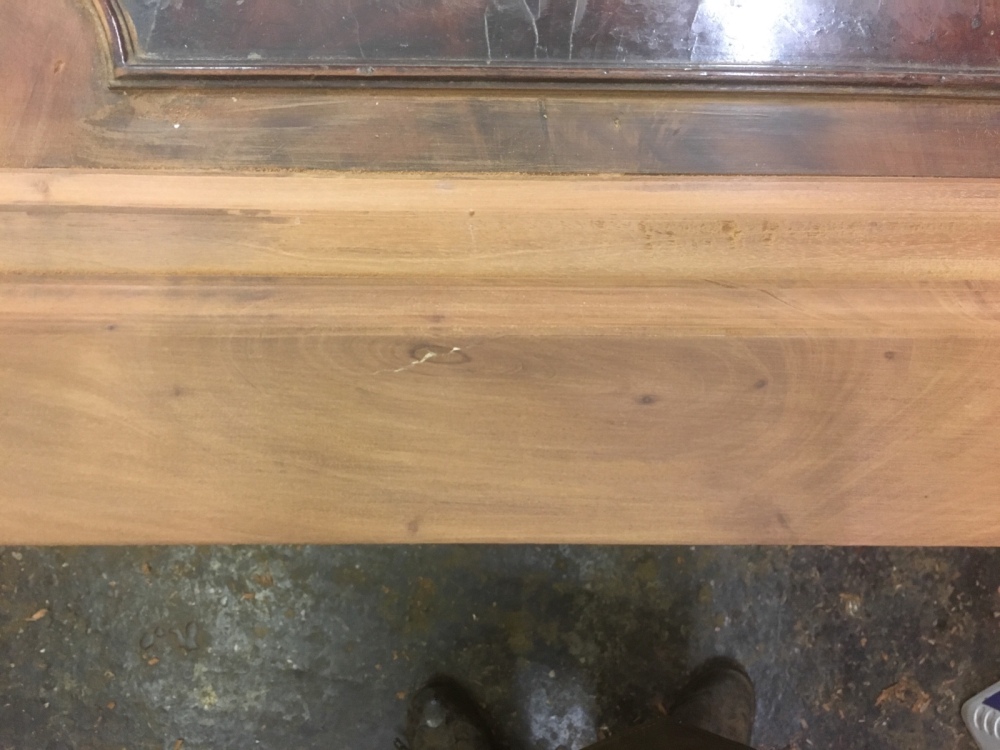 Once the trunk was repaired I could turn my attention to the hood . The top section was removed and a fretted section , designed and cut out to follow the shape of the hood top. The hood door was missing and a new one was constructed from period old mahogany and cross veneered in mahogany,in keeping with the period . Later on a small lock and key escutcheon was fitted.

Once all repairs were carried out the case and hood with the new door being fitted , the case had the brass work removed to be cleaned and put back on at a later date. Some of the brass rods were broken and missing, and would require new ones to be made.

The case was cleaned with fine wire wool and methylated to remove the old dirt from the surface and wash it in to the new wood, this would help to age and colour the new repairs . The case was then French polished and the new repairs colour to match the case . This was done over a period of a week or so. Allowing the polish to harden and sink in to the timber before being sanded and built up again . Once I was happy , the case was waxed. The brassware was cleaned gently before being put back on to the hood and case. Only thing was to cut a key to the trunk door and now the case was finished ready for the dial once that had been restored 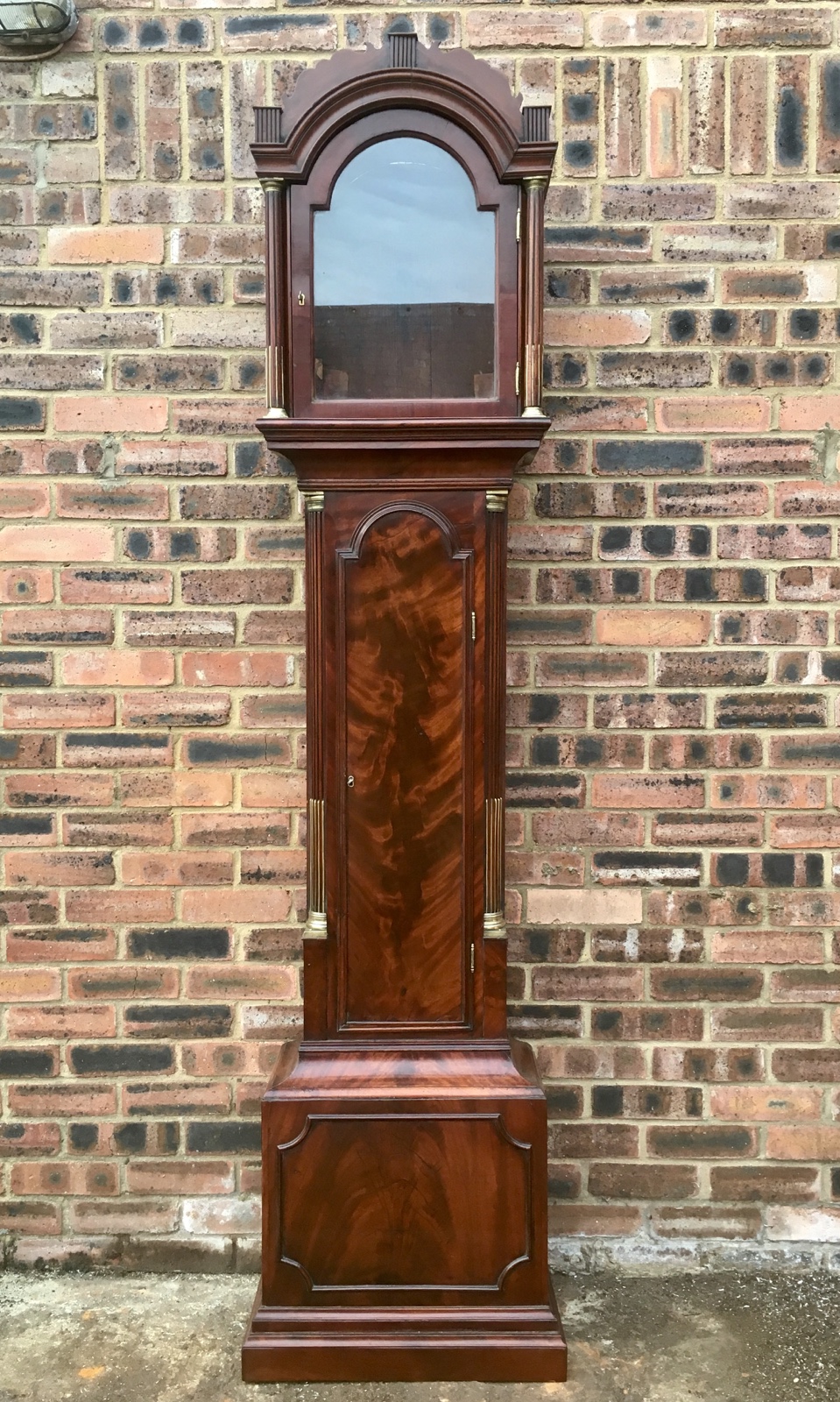 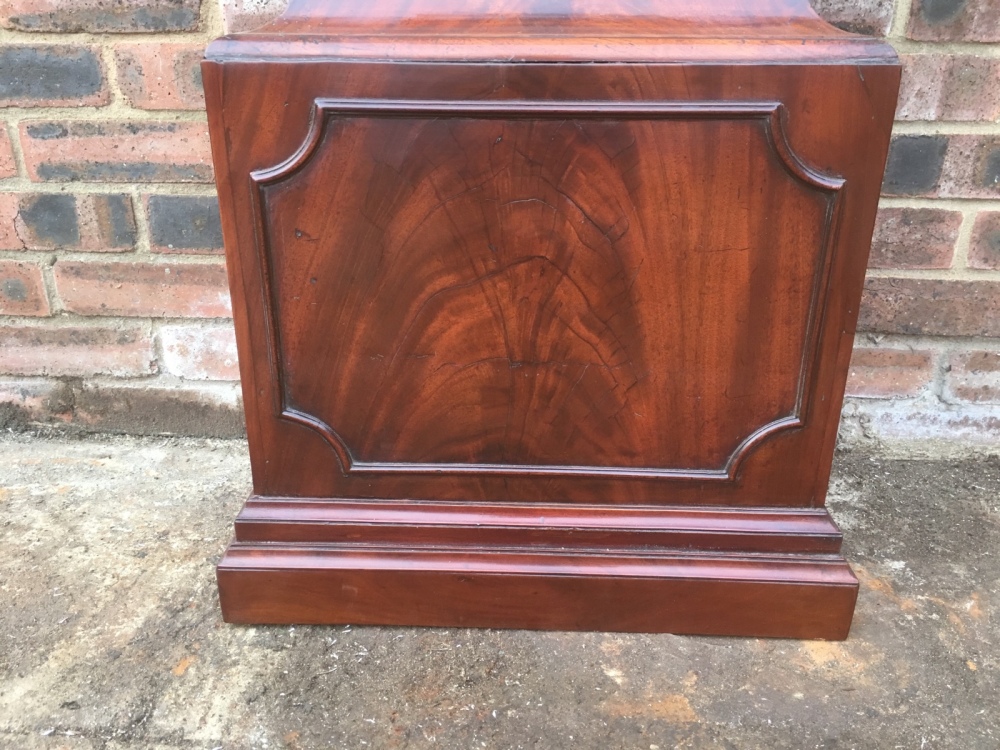 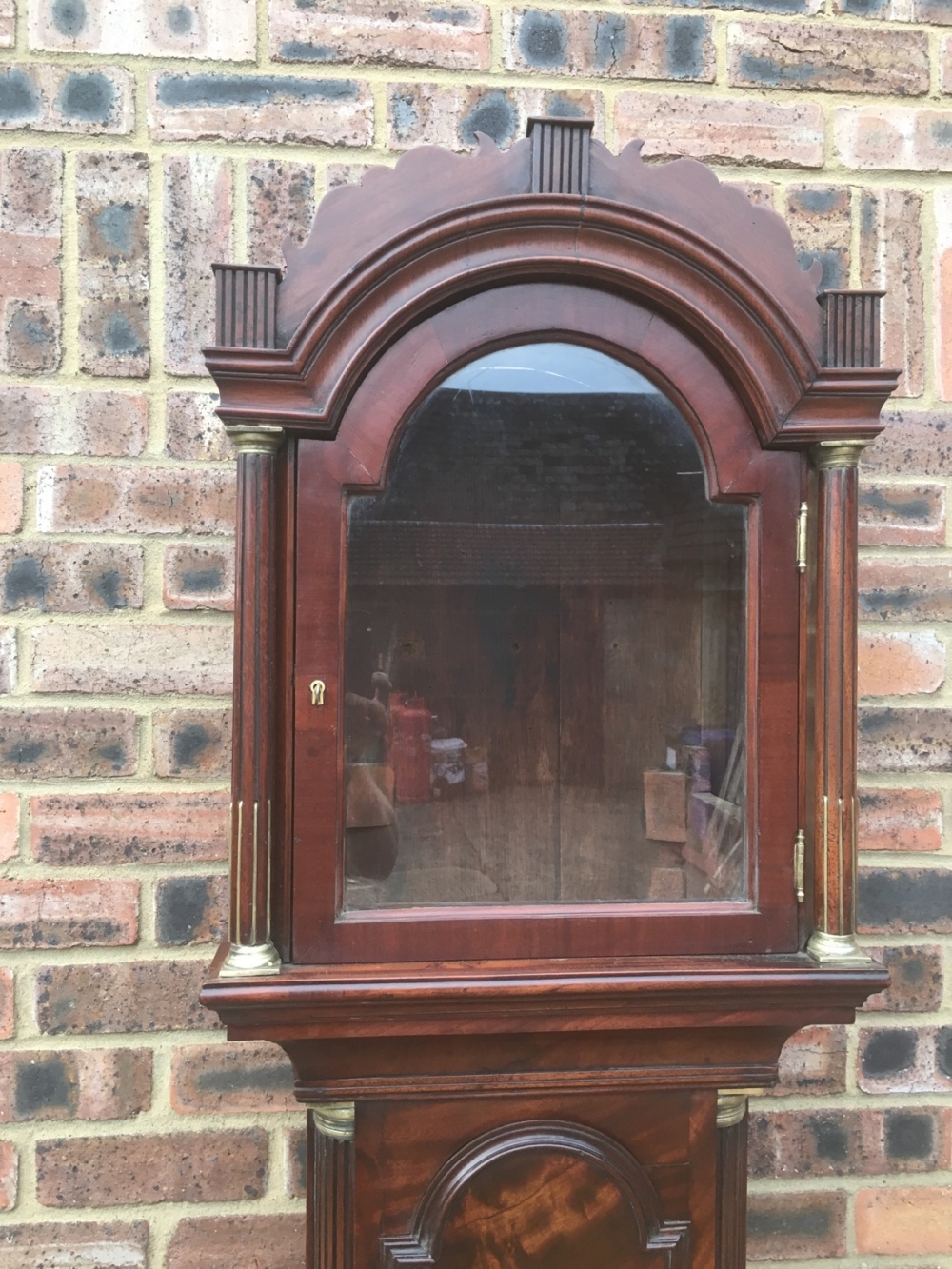 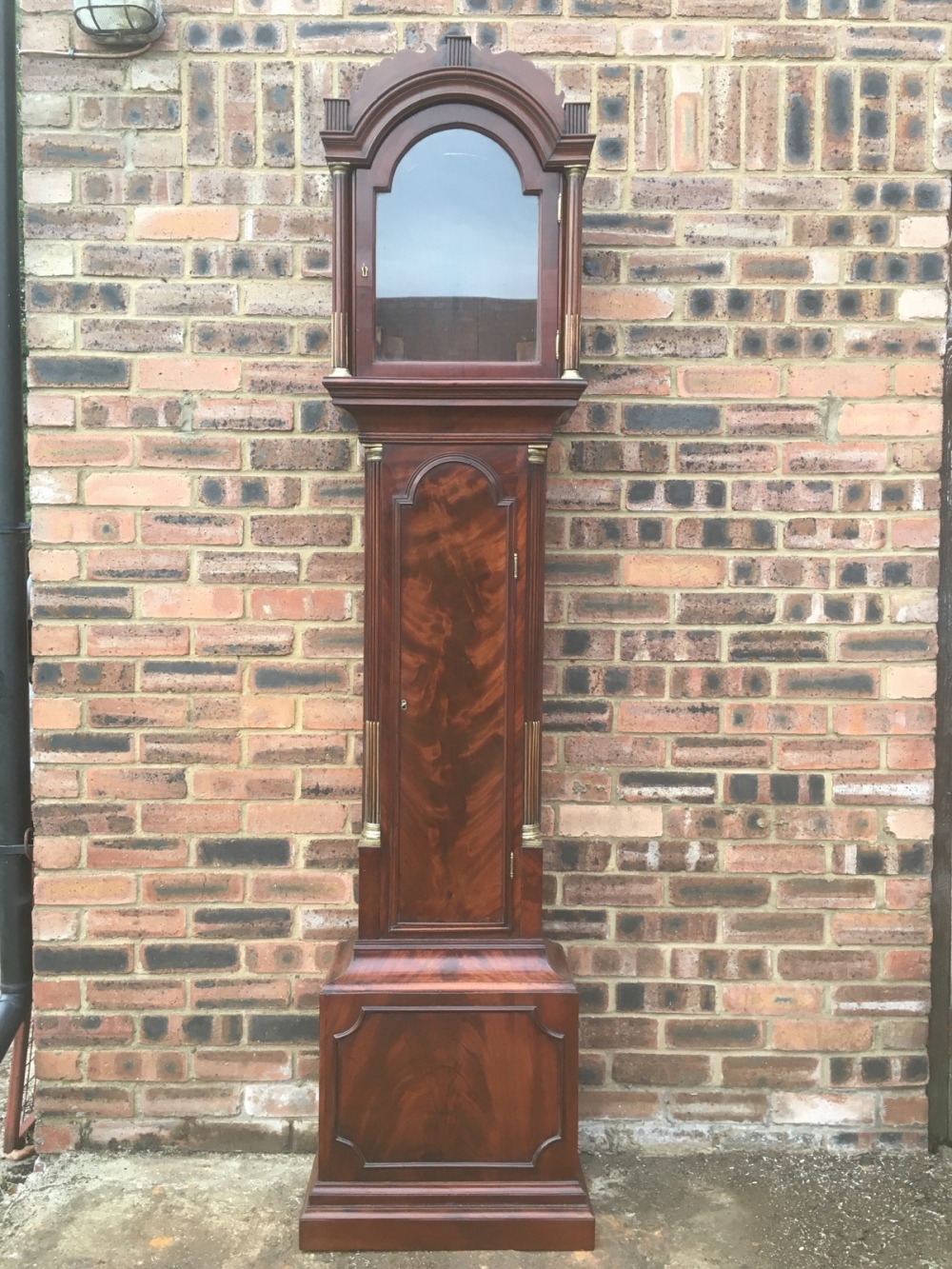