The dining room table come in for restoration recently after being damaged over the Christmas holidays and resulted in have the top burnt in two places. Leaving two burn marks in the d end. I was asked to bring the table back to its former glory and remove the burn marks to.This style of table extend by using the winding mechanism to place anything from 1 to 3 leaves extending the table to 8ft long . The table was stripped to remove the polish from the surface and to see the extent of the damage caused by the burns . 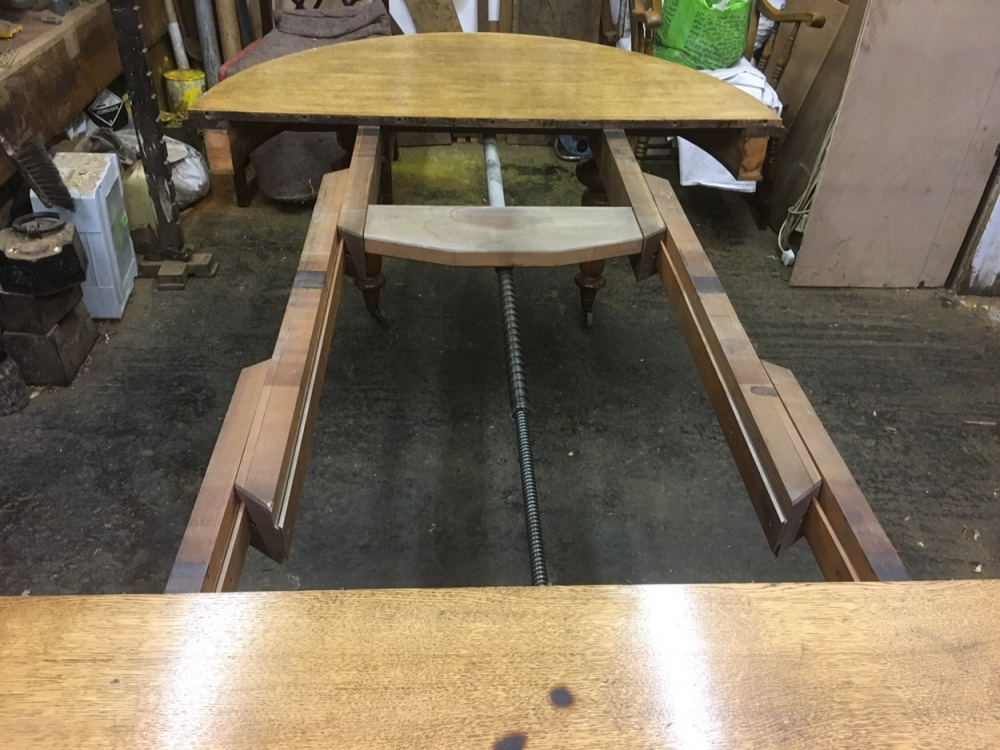 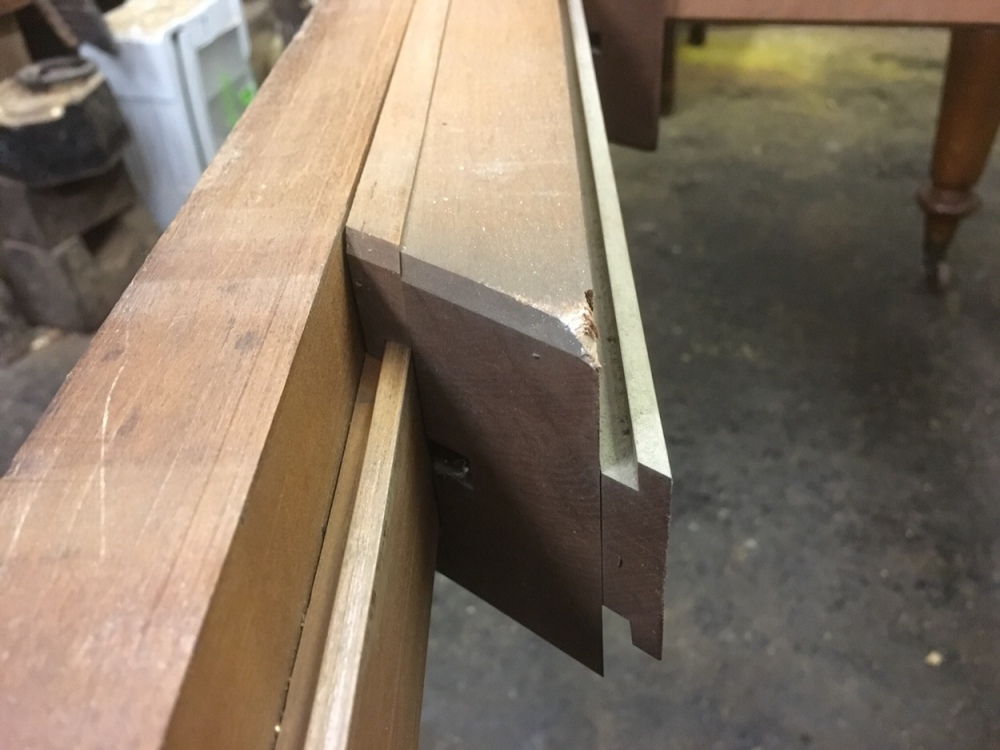 After deactivating the stripper I soak the area of burn marks with a wet cloth ,then using a hot iron steamed the effected area. Doing this will raise the grain of the wood and allow me with a cabinet scrapper to gently shave the area away . Being careful not to form a dip in the top. This process was repeated ,until I was happy that the marks were removed. Thankfully this time the top was to badly damaged and I have to plane the hole tops down.

After allowing to dry the tops were sanded through the grades of paper and finished by hand.next was to clean the base and freeze of the table. Were I could then polish these , this would then give me a idea of colour of the tops to be match to.

Making water Stain colour near to the base was applied before allowing to dry And giving it a coat of shellac to seal the surface,and give me a base to build up the French polish upon. The table was then French polished using a heat residence polish using the traditional rubber made from cotton wrapped up in a cotton sheet. This process was done over a period of days , which allowed the polish be built up and sink into the grain. With it being oak can be sometimes open grain Timber and can take longer than expected . Once the polishing was done the table was waxed down to remove the high shine from the polish and give it more of a sheen to expect from antique furniture and will show the depth of sheen you expect from furniture . Last to do was oil the winding mechanism to help make it operate smoothly and then the brass casters were lightly cleaned. Now the table ready to be returned back again to the customer to enjoy once more 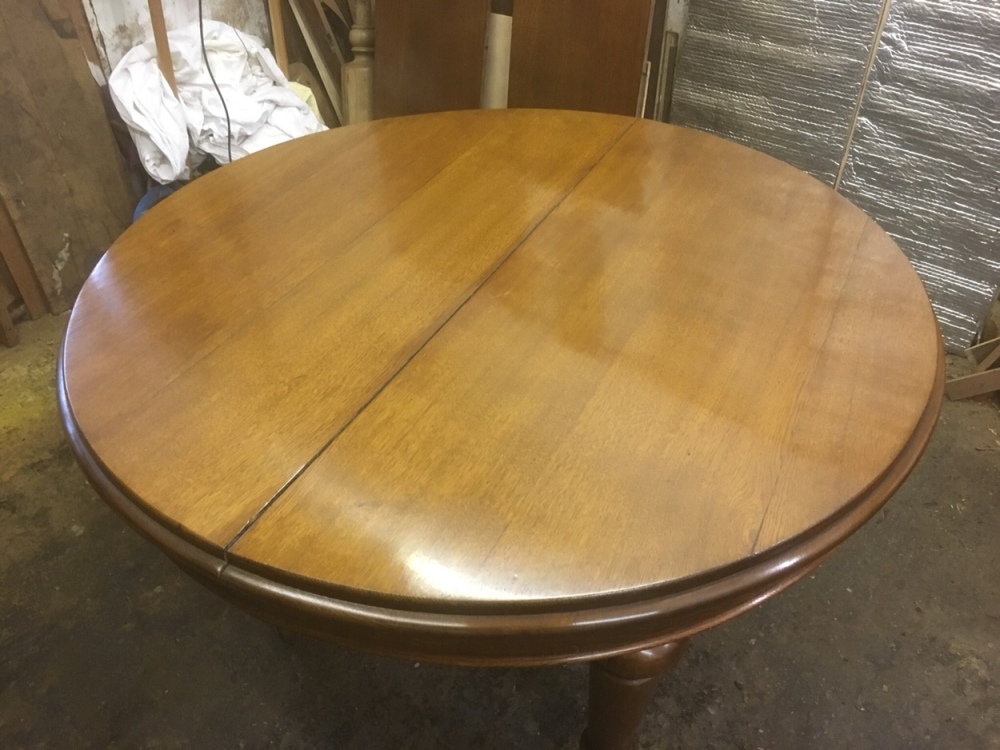 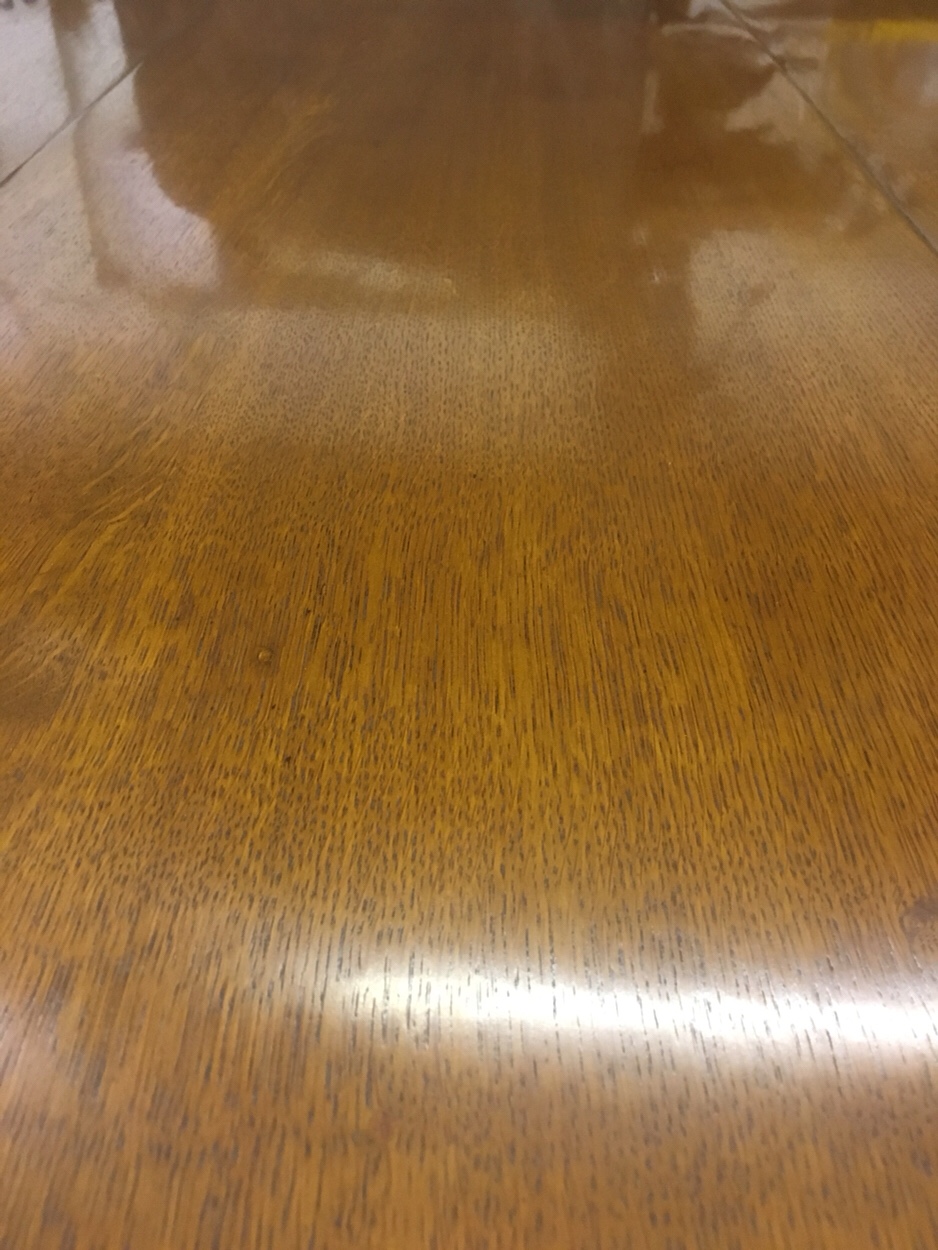 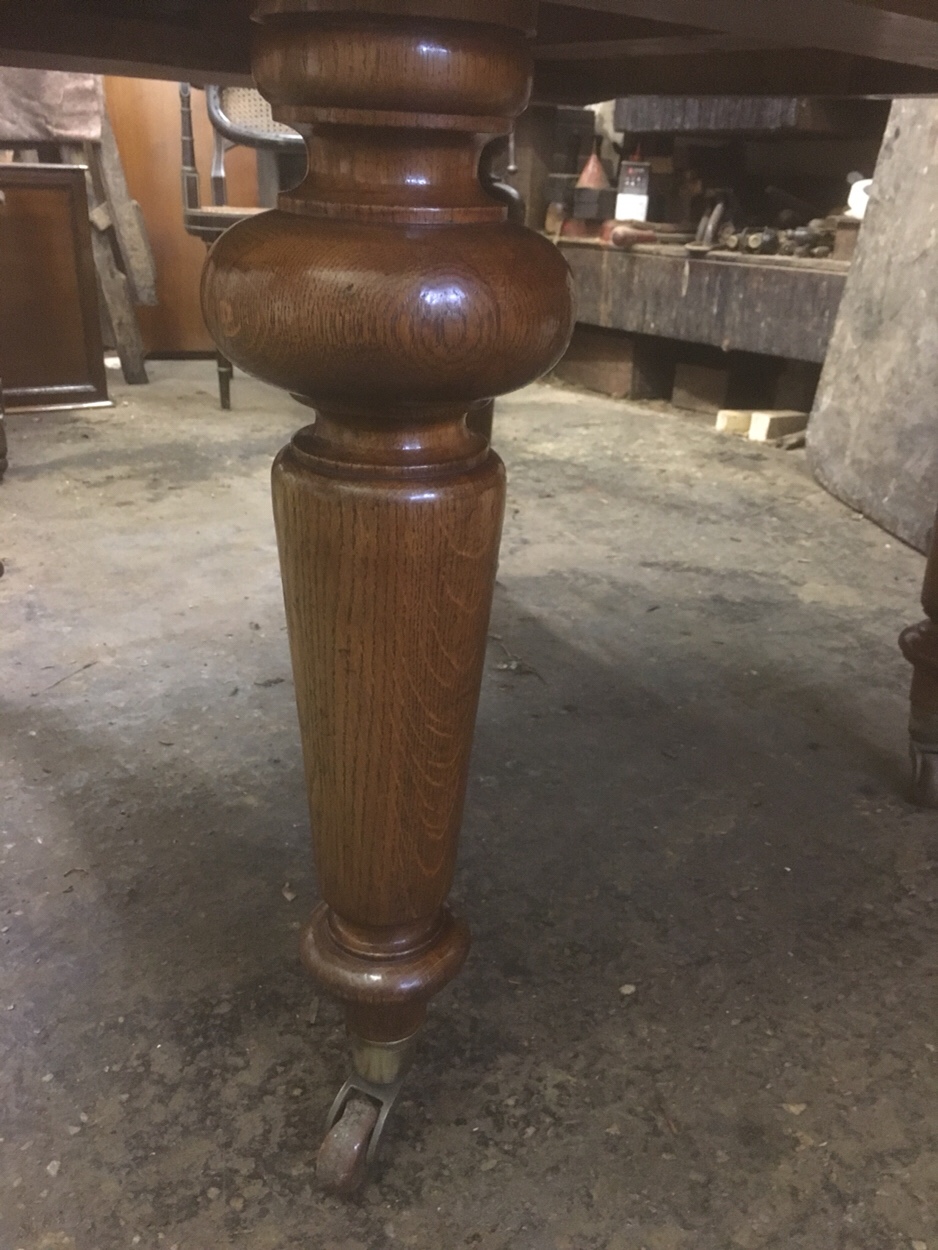 Often I can give quotes to do this type of restoration, often though it doesn’t involve removing burn marks from surfaces. Sometimes the tables will have leaves missing and I can use new Timber to replace the missing leaves and rebuild the mechanism, if it’s worn out and causing sagging. Often though the tables are just tired and will require to be refinished and require a clean and polish only. This process will take me a approximately 2-3 weeks and will be returned back to yourself afterwards . With quotation given for all restoration needed